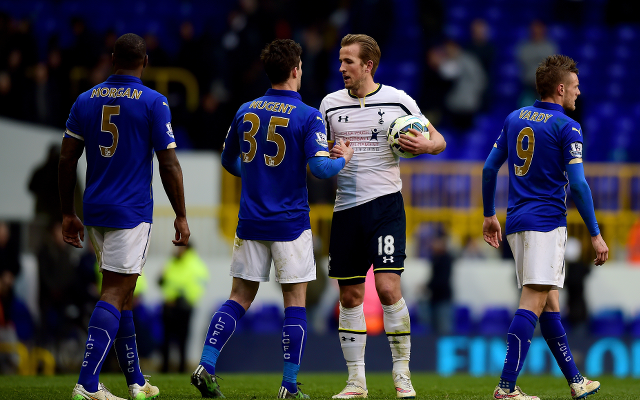 After receiving his first England senior call-up this week, Harry Kane celebrated by firing in a hat-trick against Leicester City in Spurs’ 4-3 victory over the relegation strugglers.

Here is how Twitter reacted to another sensational showing from Kane:

“@hkane28: I’m delighted to get a hat-trick but most important was the win. Credit to them they never gave up.” pic.twitter.com/AvCBytREpN

Fair play Harry Kane. Off to Real Madrid is the summer!

Harry Kane is the leagues top scorer but spurs are 7th. Giroud has scored key goals and we are 3rd. Which player would you have?

So Harry Kane is the best player in the world and we can still win the title? #THFC #COYS

Harry Kane getting all the praise in the world… One season doesn’t convince me, next season I’ll judge him proper.