Kurt Zouma and Loic Remy have both told Chelsea TV that they want the the club to sign Juventus star Paul Pogba.

With the French international’s future up in the air and with Chelsea reportedly one of the interested parties, both Zouma and Remy have claimed they would love him to come to Stamford Bridge next season when asked who their ideal signing would be.

Chelsea will face a battle for his signature, with Man United, Real Madrid, and PSG all also monitoring the situation.

You can see a clip from their interview, along with the quotes, in the image below: 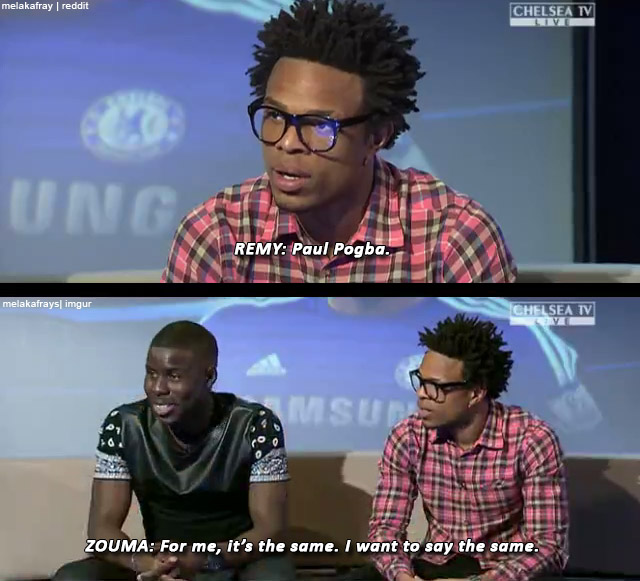