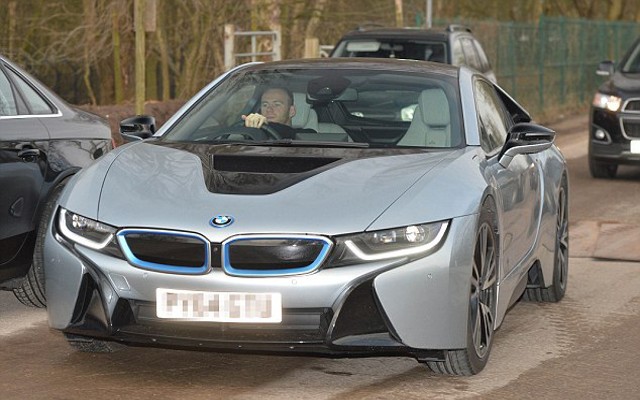 Manchester United captain Wayne Rooney will hope his side are in top gear this weekend and has looked to set the tone by arriving to training in his new £105,000 BMW i8 sports car.

The 29-year-old flashed his new wheels at his club’s Carrington training ground with the Red Devils preparing to take on Liverpool in a vital clash in the pursuit of Champions League qualification.

Liverpool are only one place and two points behind Manchester United, who occupy the final Champions League spot, though the Anfield club haven’t lost in the Premier League since their 3-0 reversal at Old Trafford in December.

It is thought Rooney’s new motor, which uses an electric motor in combination with a petrol engine, will have set him back £104,590 and has a top speed of 155mph, so it’s unlikely he’ll be late for training any time soon.