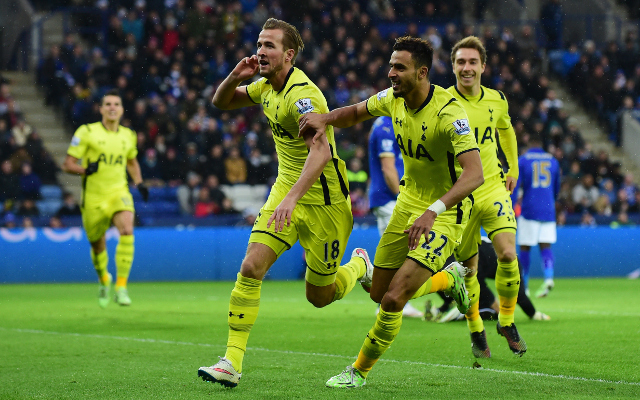 Tottenham’s trio of Kyle Walker, Andros Townsend, and Harry Kane will be soon be heading off for international duty, after they were all included in Roy Hodgson’s England squad for the upcoming games against Lithuania and Italy, but first they must deal with Leicester City at White Hart Lane.

Mauricio Pochettino’s side will be looking to bounce back from their embarrassing 3-0 defeat to top four rivals Manchester United. Spurs currently sit sixth in the Premier League, six points off United who currently occupy that last Champions League qualification spot.

They can get their charge back on track should they overcome the league’s bottom side Leicester City, who, despite having a game in hand over all of their rivals, find themselves seven points off safety with time running out.

Here is how we expect Tottenham to line up:

The Frenchman couldn’t really have done anything about the goals he conceded on Sunday, but that won’t stop him being disappointed at not keeping a clean sheet, something he will be looking to put right against the Foxes. Despite being one of just nine defenders selected for the England squad, he still faces a lot of competition for a starting spot, so will be keen to make an impact.

Like many of his teammates, the centre-back had a poor game at Old Trafford, but could be in for a tough game again this week as Leicester have plenty of skill up front.

Alongside his central defensive partner, the Belgian will keen to forget the hammering last time out. Perhaps more than ever, following the defeat, he will need to step up and marshal his young back four.