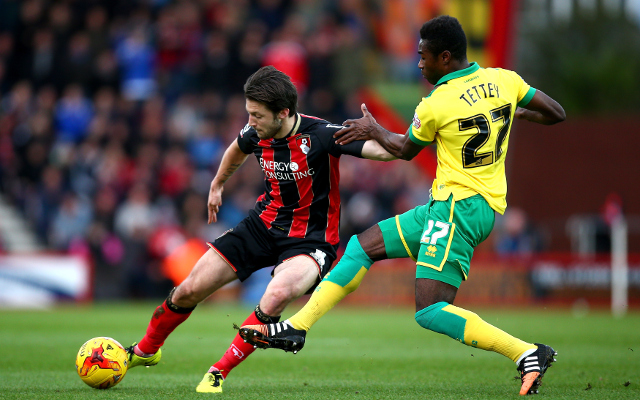 Bournemouth took a massive step towards the Premier League, after Harry Arter’s bullet put them 2-0 ahead against promotion-chasing rivals, Middlesbrough at the Goldsands Stadium.

After Aitor Karanka’s side went into half-time a goal down, thanks to a Yann Kermorgant penalty, he would have been keen to see a positive reaction at the start of the second period, but Arter’s strike doubled the Cherries lead within three minutes of the restart, and left Boro needing a miracle to salvage anything from the game.

The 25-year-old hit a wonderful shot first time from outside the away side’s area straight into the top corner, and giving Dimi Konstantopoulos no chance in the Boro goal.