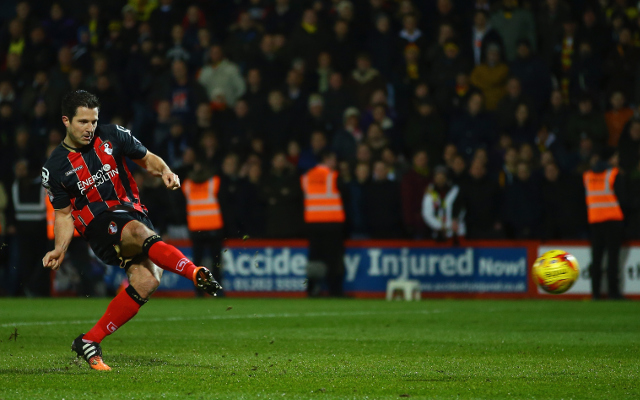 Bournemouth took the lead in their pivotal Championship clash with Middlesbrough, thanks to a penalty from striker Yann Kermorgant.

A lively start from the home side saw them put Aitor Karanka’s men under pressure straight away. Striker Callum Wilson had already had a reasonable shout for a penalty turned down, before his run into the box was halted by Chelsea loanee Tomas Kalas. This time however, Anthony Taylor had no hesitation pointing to the spot.

The former Charlton frontman Kermorgant tucked the spot-kick away, to give the third placed team in the league the lead over the side above.