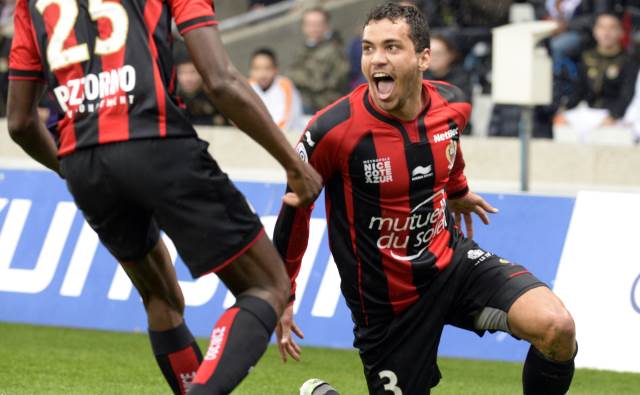 Lyon weren’t expected to have too much trouble against Nice in Ligue 1 action on Saturday afternoon as they looked to reclaim top spot in the French top table.

However,Hubert Fournier’s side were stunned 23 minutes into their home match by an obscene overhead effort from Carlos Eduardo.

The on-loan FC Porto man had the audacity to measure his angles before launching into a bicycle kick to meet a loose high ball in the box.

Poor Lyon keeper Anthony Lopes had no answer for his remarkable balance and invention.

Lyon later equalised on 55 minutes when Maxime Gonalons equalised from the spot.