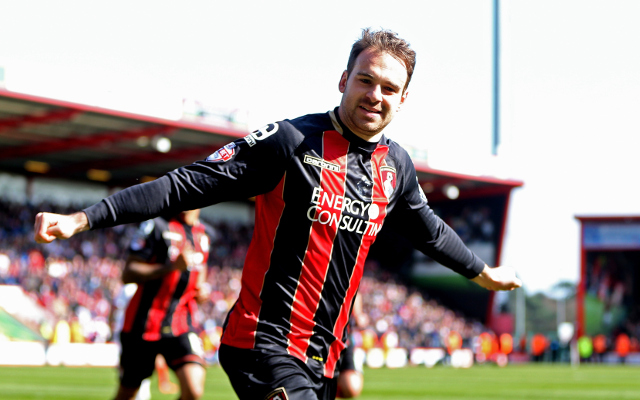 Bournemouth have gone back to the top of the Championship table, after they demolished Middlesbrough 3-0 at the Goldsands Stadium, thanks to two penalties either side of a wonderful strike from Harry Arter.

Eddie Howe’s side were awarded their first penalty after twelve minutes when striker Callum Wilson was brought down by Chelsea loanee Tomas Kalas. Fellow frontman Yann Kermorgant stepped up to put the home side ahead.

The south coast club then doubled their lead three minutes into the second half. Middlesbrough’s helpless keeper Dimi Konstantopoulos could do nothing about midfielder Harry Arter’s incredible first time strike from the edge of the box, that soared into the top corner.

Arter was at the centre of Bournemouth’s fourth goal when he appeared to go down in the Boro box without any contact. Referee Anthony Taylor failed to spot the apparent dive, and pointed to the spot once again, allowing substitute Brett Pitman to seal the victory from twelve yards.

After the game, the 25-year-old denied that he had cheated to win the second penalty.