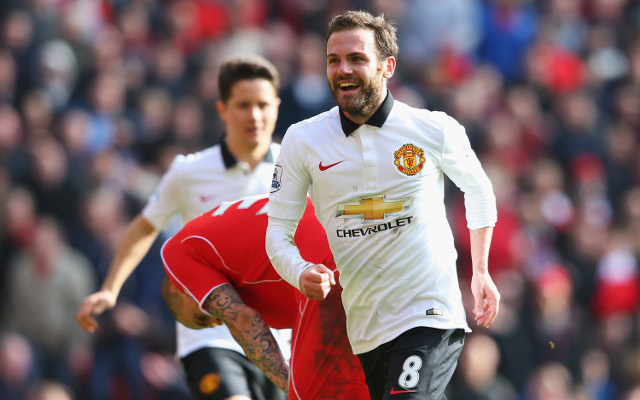 Juan Mata scored a stunning goal in a clash between the two Premier League giants, and pundit Thierry Henry was so impressed, he was lost for words.

The Arsenal legend described Mata’s sublime finish as one that requires no speech, instead it’s that special moment in football when excellence can simply be applauded: “There is nothing to say about it, sometimes you just need to have a look at it and applaud,” as quoted by Sky Sports.

“It is just ridiculous what he did, especially here at Anfield and the magnitude of the game for both teams today.

The playmaker has endured a challenging time at Old Trafford, often left on the periphery of the first-team since joining from Chelsea in January 2014, but his finish on Sunday reminded us all of his remarkable ability.

He continued: “People have had a go at him, and I don’t think has played the way he can, and with the quality that he has, but what a day for him.”

Here’s another look at the Spaniard’s incredible strike… Surely Louis van Gaal must realise what a talent he has in his ranks!