Barcelona went four points clear at the top of La Liga after beating Real Madrid 2-1 in El Clasico at the Camp Nou.

In a particularly ill disciplined game with both sides receiving numerous yellow cards, Luis Suarez scored the decisive goal for La Blaugrana in the second half after the unlikely Jeremy Mathieu opened the scoring for Barca before Real hit back on the half hour mark through Cristiano Ronaldo.

See how we rated Luis Enrique’s side below: 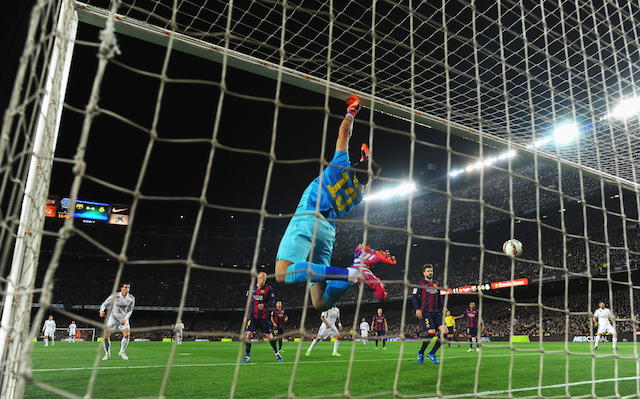 Made a key save early in the second half that could have given Real a lead before Barca restored their advantage through Suarez and managed an even greater stop late on somehow managing to punch away a double deflected shot.

Couldn’t do anything for the first with Ronaldo granted all the time in the world to poke the ball pass him.

Even he wouldn’t have thought his raking ball would have provided Suarez the chance it did for Barca’s second but will be happy to have contributed in what could be his last Clasico.