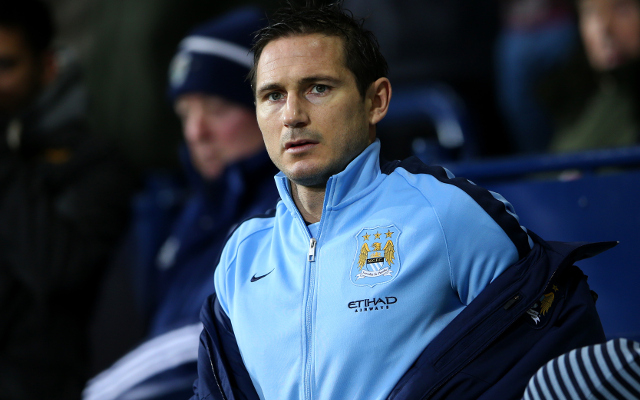 Frank Lampard wants to end his loan spell at Manchester City this month and join New York City FC early, after growing frustrated with his lack of playing time with the Premier League champions, according to the Daily Mail.

The former Chelsea midfielder was persuaded to remain at the Etihad Stadium in January, when his initial six-month loan deal ended, and play a pivotal part in the Citizens’ title chase – however, with just two months of the season left, he isn’t convinced by his bit part role, and wants out.

Despite starting in the victory over West Bromwich Albion on Saturday, and having made 27 appearances this term, the former England international is fed up that most of his showings have been cameos.

It begs the question – with City struggling so much at the moment, can this Premier League legend really not get more playing time? Even at 36, the veteran has shown real class this season and has a goal threat from midfield that few can match. What a shame if this is indeed the last we have seen of Lampard at this level.