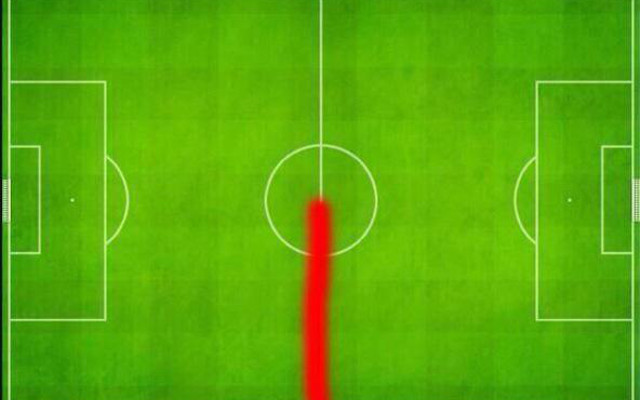 Who knows what was going through Liverpool captain Steven Gerrard’s head when he stamped on Ander Herrera, leading to a red card less than 60 seconds after coming on as a half-time sub against Manchester United.

Whatever it was, his mood probably hasn’t been helped by this heat map going viral.

Here’s that stamp in case you missed it