Liverpool is more than a football club, excuse the cliche, but over the years the Anfield residents have become an institution. Despite not winning a league title in over 25 years, the fact that the Reds have five European cabinets puts them alongside the greatest clubs in the world.

It is therefore not a surprise to see some of the world’s most iconic footballers show the club such respect and this time it was the turn of Brazilian hero Pele, who stood in between to local lads now synonymous with club.

Ahead of the crucial clash against rivals Man United, here are Steve McManaman and Robbie Fowler ensuring that Pele’s knows where his allegiances lie. 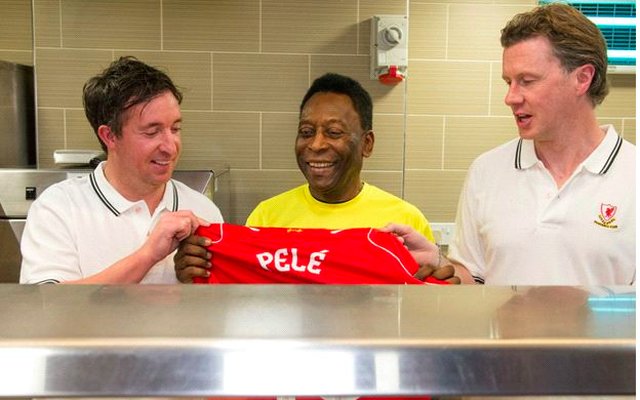