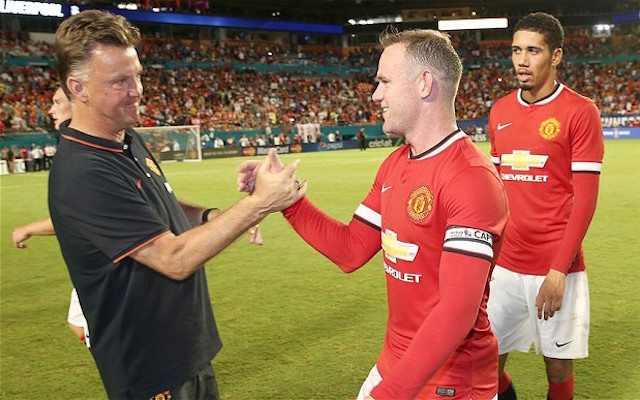 The England and Red Devils captain has scored just once at Afield in his last ten games against the Reds.

However, despite this particular issued, van Gaal does not believe it has anything to do with the stadium or fans.

“It can be mental, I can’t deny that. But I don’t think that Wayne has a block because he’s a very experienced player,” said van Gaal, reports the Sun.

“He has played on all the grounds in the world so I don’t think that he shall be influenced by the fans at the stadium or anything like that.

“But Liverpool for Manchester United is not a very easy ground that’s true. But now I’m the manager here maybe we can change that.”

Rooney may be fearful he will go another 90 minutes at the ground of one of United’s most hated rivals without hitting the back of the net, with his last strike at Anfield coming in January 2005.

However, you’d expect the forward to be particular motivated given a victory would give the winner a significant boost in their hopes for a top four finish.

The top four race is one that van Gaal believes will go on until the closing stages of the season and even hinted United may need a winning run like Liverpool’s sensational unbeaten streak to make it.

“It shall last to the end. But winning helps and it helps a lot.

“It helps to continue for Manchester United because after a victory, you need another victory to confirm what you have done against Tottenham.

“But Liverpool need another victory after the loss against us. That was their last loss, in December it’s unbelievable.”