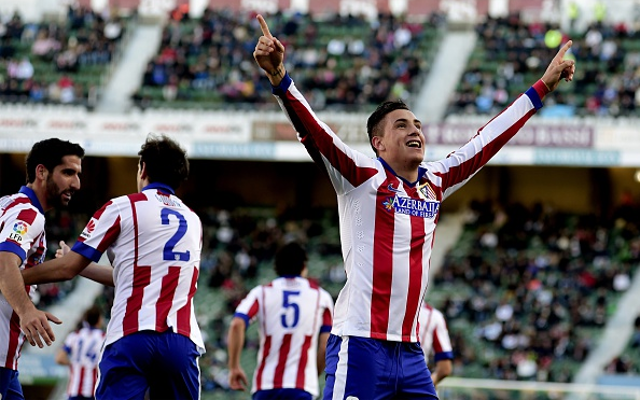 Man United are reportedly keen on Atletico Madrid youngster Jose Gimenez according to the Metro.

The 20 year old Uruguayan has been in superb form this term and has attracted the attention of the Dutch manager.

Van Gaal could well do with tightening things up at the back and may see Gimenez as an ideal man for the job, the South American being capable of making an instant impact at the Premier League side, whilst also being a long term prospect.

Gimenez already has 13 caps to his name and played his part in last summer’s World Cup finals.

Man United have struggled at the back at times this term with senior centre-backs Phil Jones, Chris Smalling and Jonny Evans all failing to impress.

Atletico Madrid look likely to surrender their La Liga crown though Diego Simeone will look to fight off interest in Gimenez nonetheless.