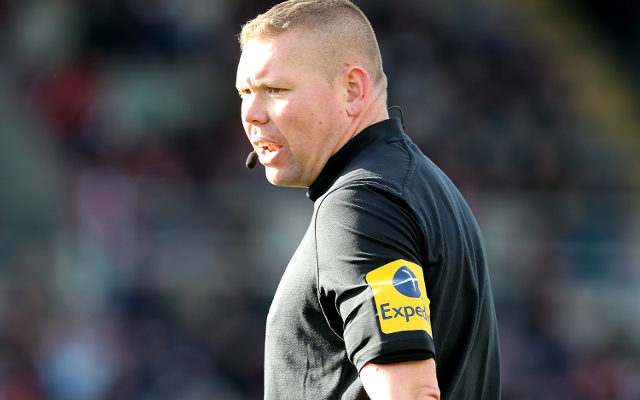 Huddersfield’s Championship defeat against Fulham was overshadowed by a bizarre incident which saw the referee, Richard Clark dismiss the away side’s Shaun Hutchinson, but only after he had originally sent off his teammate, in the weekend’s second case of mistaken identity, reports BBC Sport.

Huddersfield were trailing 1-0 when they were awarded a penalty ten minutes into the second half, after Hutchinson handled the ball on the line. However, Clark decided to give the red card to Cauley Woodrow instead. Perhaps unsurprisingly, the striker refused to leave the field.

The referee then consulted with his official, and three minutes after the original flashpoint, removed the right man from the play.

Nahki Wells proceeded to miss the resulting spot-kick, and sensationally squandered another penalty later in the half, before Kit Symon’s side wrapped up the three points in stoppage time with a second goal.

Before the game had even kicked off at the John Smith’s Stadium, the weekend’s major talking point had already been established during Manchester City’s emphatic victory over West Brom, as official Neil Swarbrick wrongly sent off the Baggies’ centre-back Gareth McCauley, instead of teammate Craig Dawson.

Unlike his colleague however, Swarbrick failed to rectify his mistake.