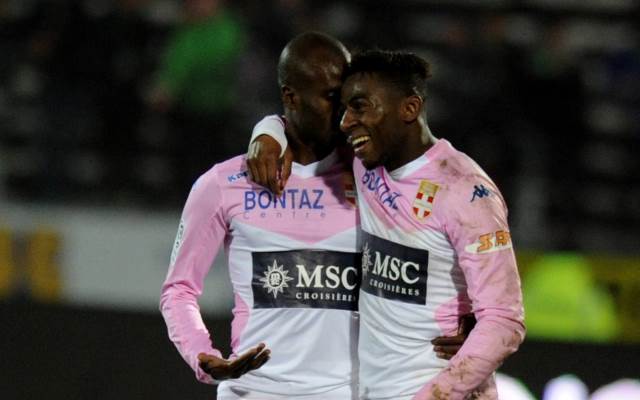 Democratic Republic of Congo forward Clarck N’Sikulu scored the only goal of the game as Evian recorded a potentially invaluable victory over Montpellier.

Despite several moments of defensive haplessness, visiting Montpellier were unable to put the strugglers to the sword in Ligue 1, and it was N’Sinkulu’s late effort from inside the box that ultimately settled this contest.

The forward’s 85th-minute goal handed Pascal Dupraz’s side their first win in three, breaking a run of two defeats, and helps to lift them away from the relegation zone.

By the end of play on Saturday L’ETG were on 35 points after 30 matches, moving three clear of 18th-place Toulouse who also secured a victory themselves.

Defeat against the strugglers comes as a major blow for Montpellier’s chances of securing a European spot next season. MHSC now fall four points behind AS Saint-Etienne who welcome LOSC Lille to the Stade Geoffrey Guichard on Sunday.