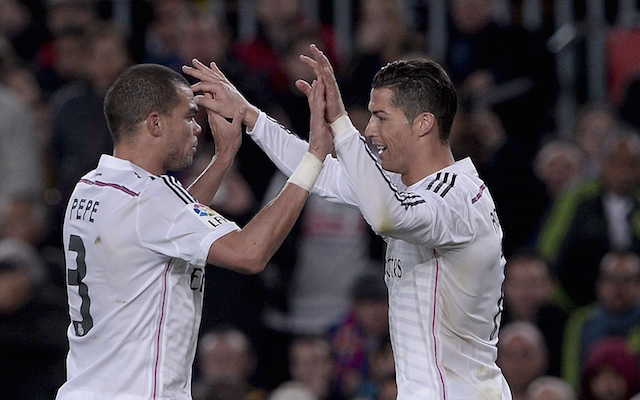 Cristiano Ronaldo has equalised in the 32nd minute for Real Madrid against Barcelona at the Camp Nou to get Los Blancos right back in the match.

Some brilliant work from Karim Benzema broke the Barcelona defence wide open to allow Ronaldo to simply flick the ball past Claudio Bravo.

The Catalan side had taken an earlier lead through unlikely scorer Jeremy Mathieu, his first league goal for the club, neatly heading in a Lionel Messi cross.