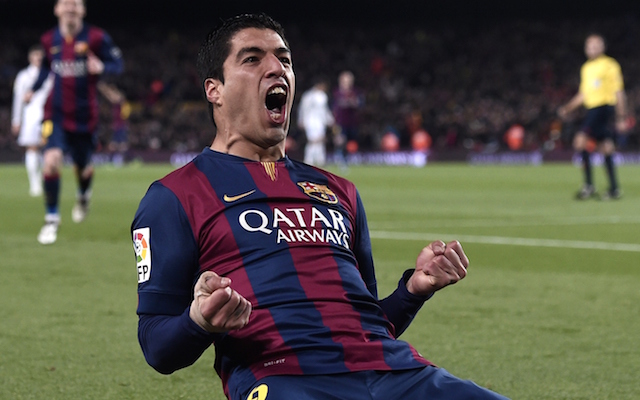 Barcelona coach Luis Enrique has hailed Luis Suarez after the Uruguayan forward scored the winner in El Clasico with a ruthless finish, and claims that the former Liverpool man is now showing why the Catalan giants invested heavily in the attacker.

After the furore which surrounded his biting incident at the World Cup a move to a big club seemed doubtful but Suarez did indeed complete a club record move to the Nou Camp.

Suarez struggled initially but has found his feet of late, netting seven goals in his last seven appearances, including most crucially his effort against La Liga title rivals Real Madrid.

“He brings a lot to the team he is not just a classic centre forward, he also links up with his team-mates. He’s a player that marvelously compliments the squad we have, and that’s why we signed him.”

Much credit must be handed to the Barcelona coach for the way the trio of Lionel Messi, Neymar and Luis Suarez are operating, few coaches would be brave enough to shift Messi to accommodate a new signing.

Check Luis Suarez’s strike in the Clasico below: