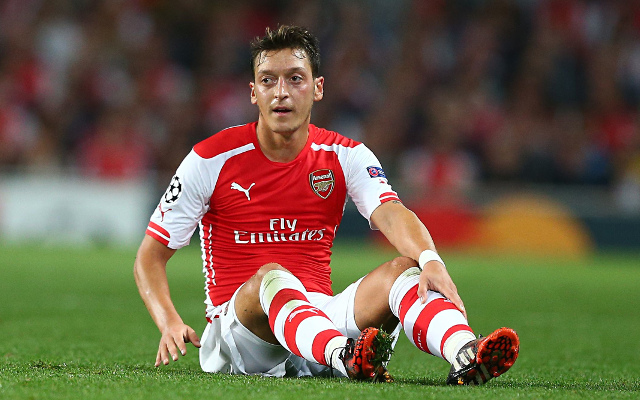 Arsenal’s record signing Mesut Ozil could have now dug himself into a deeper hole with his critics, as he was pictured on a night out in Berlin just hours after missing his side’s victory over Newcastle, reports the Daily Mirror.

The 26-year-old had not featured in the game at St James’ Park – where Olivier Giroud’s brace guided the Gunners to a narrow 2-1 victory – due to illness, but it now appears that may not have been the entire story.

Ozil had returned to Germany slightly earlier than planned, ahead of international duty for Joachim Low’s side later this week, and it is expected that he will still be available for selection for the World Cup winners’ games with Australia and Georgia.

Upon his return to London, it is now likely that he will be reminded about his future conduct, like his teammates Wojciech Szczesny and Jack Wilshere have been earlier in the season.