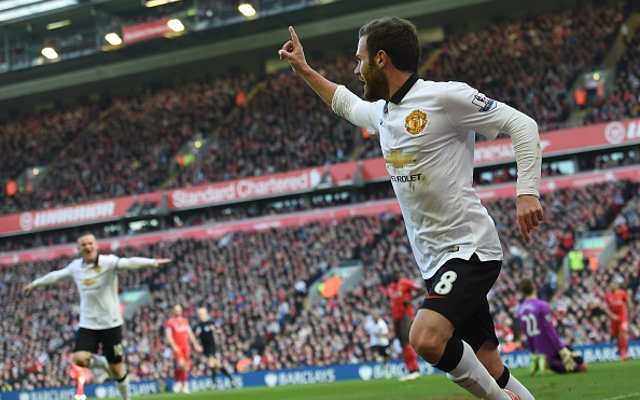 Manchester United playmaker Juan Mata scored a goal worthy to win any game in Sunday’s clash against Liverpool at Anfield as the visitors reigned supreme at Anfield.

After opening the scoring in a dominant first half for Louis van Gaal’s men, Mata bagged his brace with a sumptuous scissor kick which found its way into the bottom corner, the in-form Simon Mignolet didn’t stand a chance.

The whole ground was certainly stunned at what they had just witnessed, no one more so than Mata’s team-mate Ander Herrera, who was in utter disbelief.

Check the Spaniard’s reaction below. 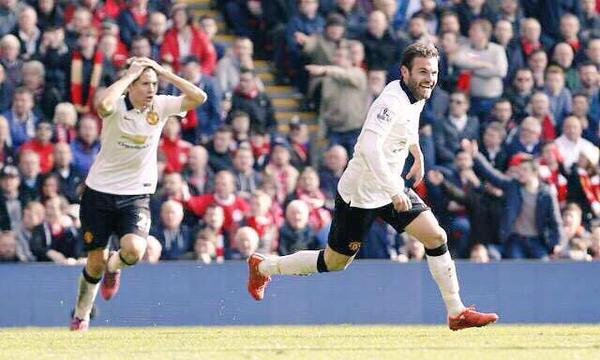