Paris Saint-Germain ace Zlatan Ibrahimovic helped his side reclaim top spot in Ligue 1 with three fine goals over Lorient on Friday, and the forward has given his hat-trick ball some stylish treatment.

After getting sent off in the Champions League second-leg tie to Chelsea, and then involved in an explosive outburst targeted towards the officials in their league defeat to Bordeaux, the Swede needed to put a contentious week behind him, and a top performance was just what was needed.

On his Instagram page, he posted an image of the goalscoring gift buckled into its own seat, and wrote: ‘For those of you who are wondering where the ball is…’ 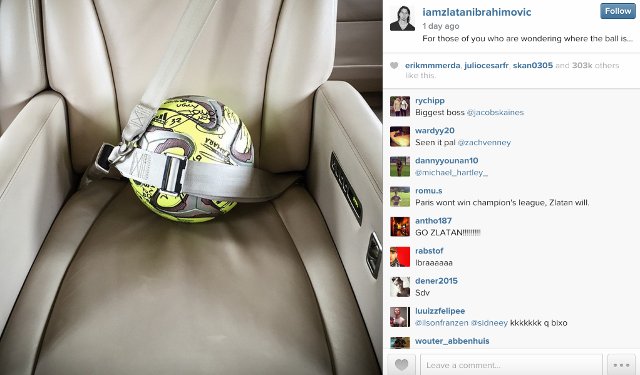