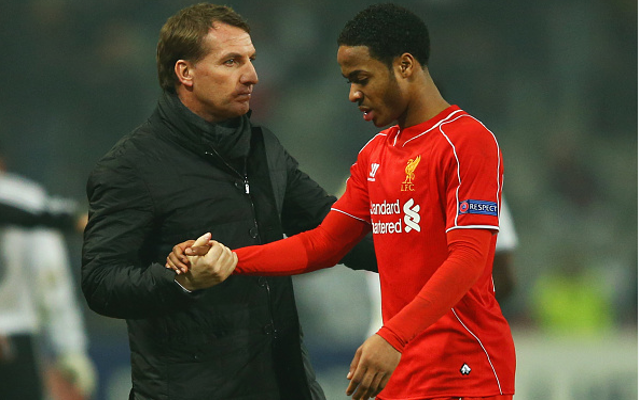 Liverpool legend Jamie Carragher has warned Raheem Sterling that his refusal to commit his future to the club will damage the relationship he has with the fans, given the perception they have of his contract situation.

After Brendan Rodgers revealed that the club had made Sterling an “incredible offer“, it was thought that completing the deal would become a formality, however it has since turned into something of a saga.

Sterling was deployed in a wing-back role against Man United and given that the visitors dominated proceedings, the 20-year-old was forced to defend for most of the game.

Carragher believes that the Liverpool star and his agent could be perceived as being greedy, which isn’t ideal for Sterling’s future.

“The fans’ frustration comes from his contract situation,” Carragher wrote on Kicca (via Sky Sports).

“The longer it continues the more frustration there will be and it paints him and his advisors in a bad light.

“We all like to maximise what we can earn in any industry but his standoff won’t help his relationship with the fans.”

Brendan Rodgers persistently playing Sterling in a wing-back role will not help the player’s performances, with the youngster certainly more suited to a central role, and the Reds boss may need to choose between him or Daniel Sturridge for that spot.

Liverpool’s football seemed more fluent when Sterling led the line in a ‘false nine’ role and a return to that system could potentially result in the England man returning to his devastating best.