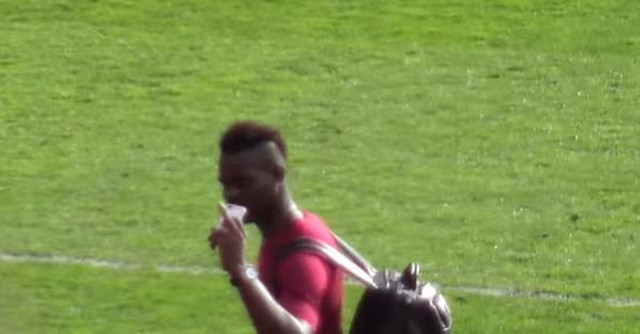 Controversial Liverpool striker Mario Balotelli just can’t seem to help himself when it comes making the headlines for the wrong reasons.

In the latest episode of ‘Being Balotelli’, it’s the Manchester United fans on the receiving end of his madness.

Following the Reds’ disappointing 2-1 defeat at Anfield, the Italian responds to mocking chants from United fans by giving them the finger, literally!