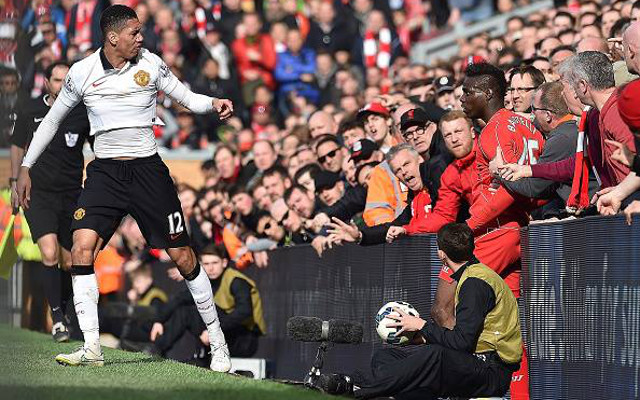 One moment that caught the eye during Liverpool’s 2-1 defeat to Manchester United on Sunday was Mario Balotelli being held back by his own fans to prevent him getting into a fight with Chris Smalling.

The Italian has now thanked the supporters who stopped him from potentially getting sent off, which would almost certainly have been the case – as he had already picked up a yellow card earlier in the fiery encounter.

Surely the crowd shouldn’t be having to do this!?