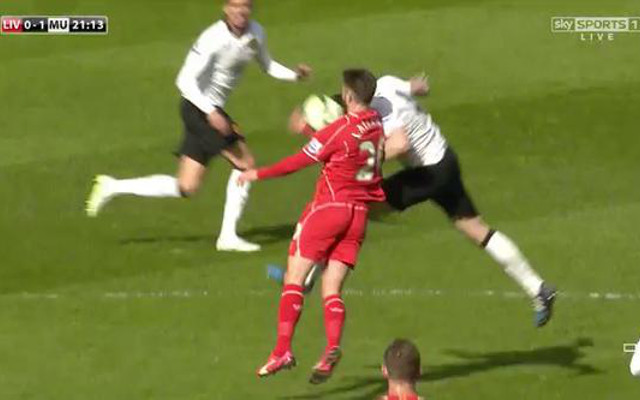 Liverpool ace Adam Lallana has had to withdraw from the England squad to face Lithuania and Italy with a groin injury, and Manchester United’s Phil Jones’ outrageous WWE-like challenge, on Sunday, must have played a part.

Take a look at the moment! Should the England international have been sent off..?