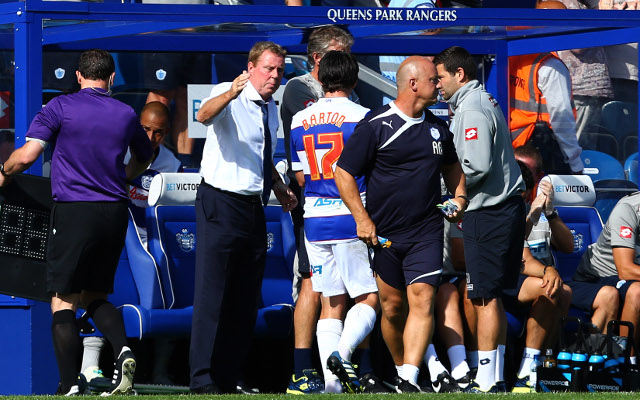 Queens Park Rangers captain Joey Barton has seemingly fired a parting shot at former boss Harry Redknapp, by suggesting that it will be his fault, should the relegation candidates go down at the end of the season, according to the Sun.

QPR sit in the Premier League’s bottom three, having lost their last five matches under the leadership of Chris Ramsey, who was given the managerial post until the end of the season.

But, Barton has absolved the current boss of any blame should another season back in the Championship beckon, and appears – though he doesn’t name the scapegoat – to heap the responsibility on Redknapp, suggesting that his signings in the summer, as well as poor preparation ahead of the campaign will be the deciding factor should they go down.

“So the thing that you have got to do in between getting promoted and getting back to the Premier League is have an incredible pre-season and recruit really well.

“You would have to look at that and make a decision on that. Then the next recruitment window is key. Again, you have to look at that window and say, ‘have we given ourselves the maximum opportunity?’ Because everybody put a shift in against Everton and we have come up short,” Barton explained.