A look at the six biggest losers in this weekend’s football action, no surprise who comes first! 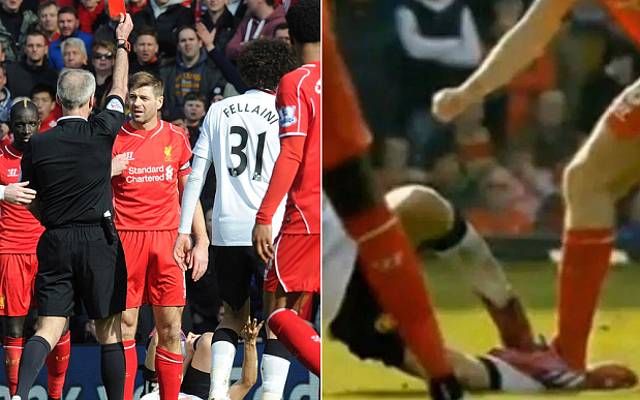 Oh dear…so much hype surrounding Stevie G’s final game for Liverpool against Manchester United and then this happens. The Reds skipper was only brought on at half time as Brendan Rodgers’ side looked to chase the game from a far-from-tragic 1-0 deficit, only for their inspirational leader to blow his fuse completely and get sent off after just over 40 seconds.