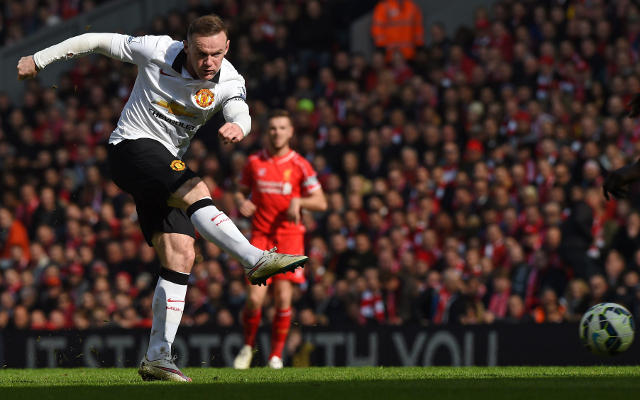 Manchester United captain Wayne Rooney has taken to Twitter to praise team-mate Juan Mata on a match-winning performance, with two stunning finishes, that sealed the incredible victory against Liverpool on Sunday afternoon.

But despite the triumph, Rooney is frustrated with himself for denying Mata the opportunity to grab an Anfield hat-trick by taking the penalty awarded to the Red Devils in the final few moments – which was saved by Reds stopper Simon Mignolet.

Very happy tonight. Fans were amazing. @juanmata8 great goals. Should of let him take penalty. And the United fan in the kop. Brilliant