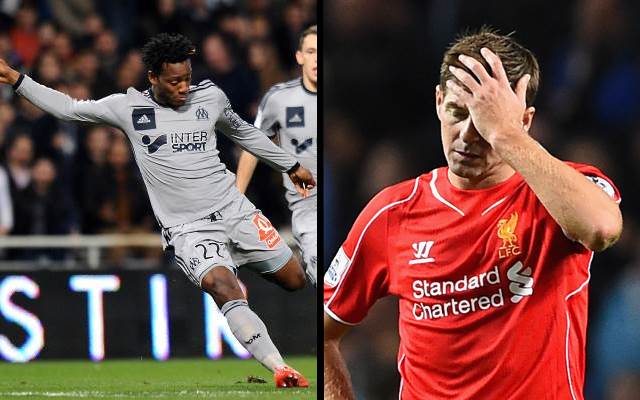 Michy Batshuayi made an instant impact on Sunday evening when he came on for Olympique Marseille against Racing Club de Lens, taking only 38 seconds to score a goal – the same time it took Steven Gerrard to get a straight red card for Liverpool against Manchester United earlier in the day.

The Belgian forward was brought on by Marcelo Bielsa at the break as he looked to break down a stubborn Lens side with the scores still at 0-0.

It only took the striker 38 seconds to open the scoring and break the home side’s resolve, profiting from a Rudy Riou blunder to fire OM ahead.

The Liverpool skipper responded to a foul on Ander Herrera with a stamp, leaving the referee with no choice but to curtail his participation with less than a minute played!