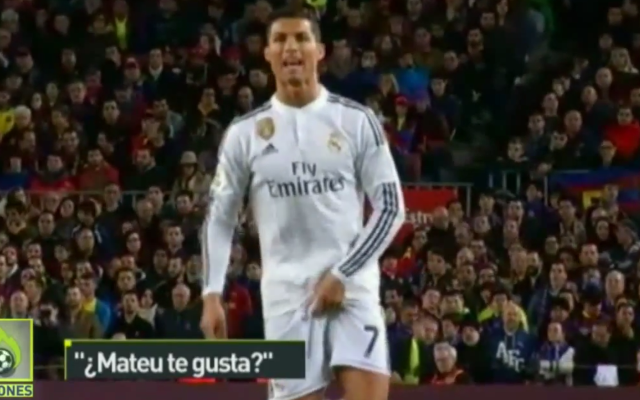 Real Madrid’s Cristiano Ronaldo has been an angry man in the second-half of the season, and following on from telling the Santiago Bernabeu faithful to “go f*** themselves” just a week ago, the Portuguese has since been caught making an obscene gesture to the El Clasico referee on Sunday.

The Portugal captain clearly wasn’t pleased with the official after being booked for a dive, and responded by shouting towards the referee, “Hey, Mateu [Lahoz]! Do you like it?”, and then grabbed his crown jewels.

What do you make of this from the forward…?