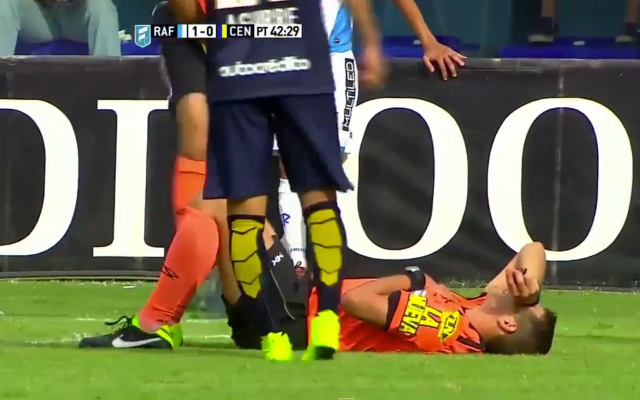 A bizarre moment in the top-flight of Argentine football saw referee German Delfino fall to the floor with incredible dramatics, as though he’d been struck by a boulder, resulting in the suspension of the match for six minutes after he was, somehow, winded by a roll of paper thrown from the crowd.

The official claimed he was struck so hard in the chest that he couldn’t breath, and even considered abandoning the game all together if another object was thrown – but surely this must have been play-acting.

Delfino told reporters: “It hit me in the chest and left me breathless. We’re going to carry on with the match. The next object that’s thrown, I’ll suspend the match,” as quoted by the Mirror.

Unsurprisingly, however, a full recovery was made, and play resumed… Watch the crazy moment here!