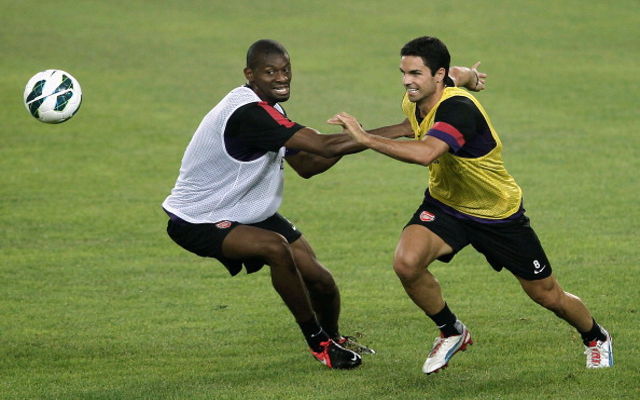 Arsenal are reportedly lining up a bid for Inter Milan star Mateo Kovacic according to the Metro.

The 20 year old Croatian has long been considered as a player with frightening potential, though arguably he is still yet to fully deliver on that front, and now Arsene Wenger has taken a keen interest in the San Siro star.

Wenger is ready to offload Mikel Arteta and Abou Diaby in order to make room for Kovacic, with both Gunners stars seeing their respective careers at the north London club stall of late.

Frenchman Diaby has suffered with injuries for the best part of five seasons whilst veteran Spaniard Arteta hasn’t fared much better on that front.

Kovacic is into his third season at Inter, and is now a virtual ever present for the Nerazzurri, but with Roberto Mancini’s side unlikely to secure a Champions League berth for next term there is every chance a move to the Emirates Stadium might tempt the former Dinamo Zagreb man.

The Metro values the player at a rather precise £17.7m.