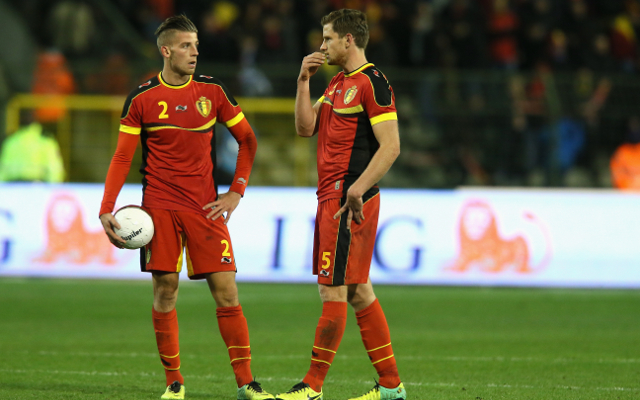 On-loan Southampton defender Toby Alderweireld is hoping to secure a move to Tottenham Hotspur next season, so that he can play alongside his international teammate Jan Vertonghen.

The Belgian is currently on loan at St Mary’s from La Liga champions Atlético Madrid and has helped the Saints to an impressive season in the Barclays Premier League, as they look to clinch a place in Europe, but it appears the 26-year-old is not interested at the possibility of remaining on the south coast beyond the end of the current campaign.

Ronald Koeman’s side can reportedly sign the defender for £6.8m due to a clause in the loan deal and is also said to interesting Chelsea and Manchester City, two teams that have Belgian influences in their squads.

In an interview with the Daily Telegraph, Alderweireld is already dreaming at the prospect of reuniting with Vertonghen, whom he played alongside at Ajax:

“I would like to play with Jan Vertonghen again.” he said.

“But a transfer will be arranged later, not now. Atlético will decide my future, but I would like to stay in the Premier League. That some of the big clubs show interest proves I’m doing well.” he added.

Alderweireld has made 20 appearances in all competitions for the Saints this season, scoring just the once and will be able to show Spurs fans of his qualities when the two meet at the end of April in a clash that may prove pivotal in the race for a Europa League spot.