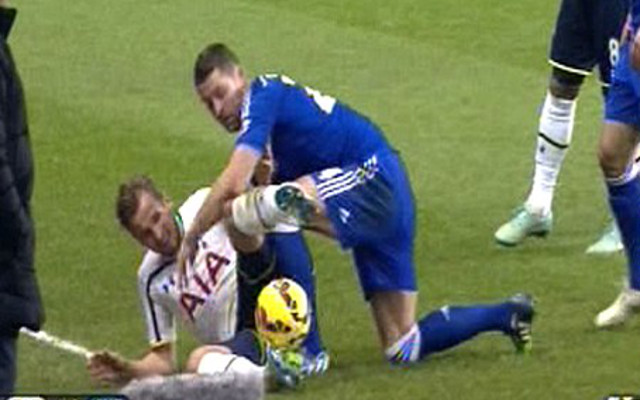 Chelsea defender Gary Cahill believes that Tottenham youngster Harry Kane has everything a striker needs ahead of his potential England debut on Friday, reports the Daily Express.

The 21-year-old has scored an amazing 29 goals this season, 19 of which have come in the Premier League. This has made him joint top scorer with Diego Costa in the top flight. The forward also managed his first league hat trick on Saturday, giving him the perfect build up to his first senior England squad.

Cahill has come up against the Spurs man three times this season, with Kane scoring twice against the Blues. Both of those goals came sin a sensational 5-3 win for the North London club on New Year’s Day.

The defender said:”To score a hat-trick in the match leading up to your first England call up is ideal. His confidence must be sky high. Is he ready to start? That’s down to manager of course. We have four top strikers all chomping at the bit and who are all capable of starting – Harry is in that bracket. I’m sure he feels ready to play.

“I’ve played against him three times this season – and he has been a real handful each time. He is a fantastic talent. He can hold the ball up, he can run in behind, he has two good feet. He has all the key attributes that a striker needs.”