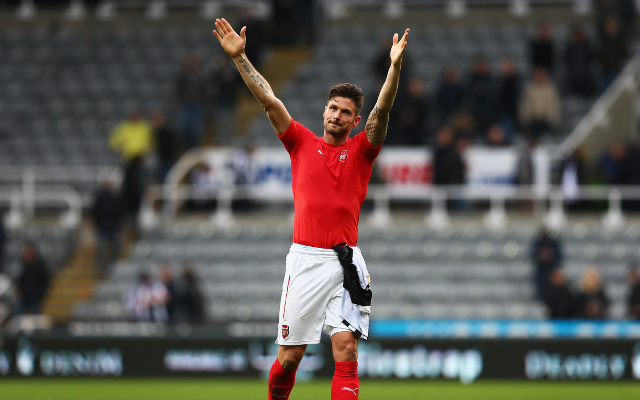 Arsenal star Olivier Giroud has been on fire since his return to the team following surgery on a broken ankle in August, and his brace against Newcastle United meant that he’s now scored 17 goals this season.

Having scored 22 goals in the whole of last season, Giroud is on course to reach his highest goal tally at Arsenal, but an interesting stat shows that he is currently performing better than Real Madrid star Cristiano Ronaldo.

Giroud has netted more goals in 2015 than the Portuguese superstar, scoring 11 times whilst Cristiano Ronaldo could only muster up a modest 10 goals. There have been constant calls on Arsene Wenger to sign a ‘world class’ forward, but after the Arsenal boss claimed that he has one of the best striker of the Premier League at his disposal, it is hard to argue when you see those stats.

Giroud’s brace at St James’s Park was his tenth for the club, but he is still looking for his first hat-trick for Arsenal. Check the Ronaldo vs Giroud stat below.