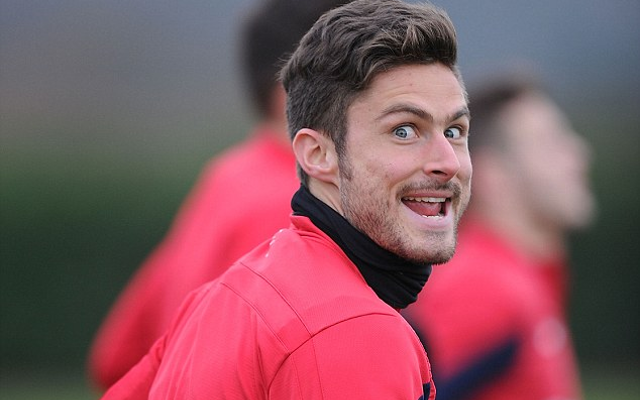 Arsenal striker Olivier Giroud has bounced back from his nightmare display in front of goal against Monaco last month and insists he was not affected by the stinging criticism that came his way in the aftermath of that game.

The Frenchman missed a host of chances as Arsenal slumped to a 3-1 defeat at the Emirates – a result that eventually cost them a place in the Champions League quarter-finals – and Giroud was cast as the villain from sections of Gunners supporters and the media, but the 28-year-old insists he didn’t let it affect him:

“Obviously, it’s was not at the good moment because I lacked efficiency in that game. I did a little teasing. But it’s good to have shown mental strength to come back even stronger and prove that critics do not reach me.” he told RMC Sport (via the Daily Mirror)

“I created a shell, whether in good or bad times. I know when I’m good or not. I do not need people for that.”

It should be pointed out that Giroud had been in good form prior to that game and has continued to impress since, finding the net in his last five starting appearances – including the second leg against Monaco and scored his 12th and 13th goals in the Barclays Premier League with a brace against Newcastle United at the weekend.

And the former Montpellier man, who missed the start of the campaign through injury, is enjoying his red-hot form in front of goal:

“Since I have been at Arsenal, this is perhaps my best period. I have to continue like that. I do not want to stop there.”

“I scored 16 or 17 goals in the league last year. I would like to do better and especially help the team achieve our targets. This is the most important.” he added.