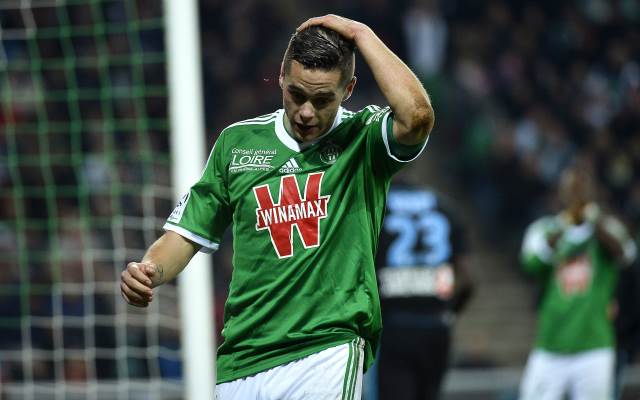 AS Saint-Etienne winger Romain Hamouma looks set to spend another spell on the sidelines after injuring himself against LOSC Lille.

Having endured a spell out of action earlier in the season, Saint-Etienne wideman Hamouma can considering himself particularly unfortunate after picking up another knock against Lille.

The right-sider was forced off to be replaced by Kevin Monnet-Paquet at half-time after hurting his calf, according to France Info.

The former Laval and Stade Malherbe Caen man spent four weeks on the sidelines at the beginning of the season after suffering an injury in September 2014.

The injury will come as another blow to Saint-Etienne, who were only recently able to recall another winger, Franck Tabanou, after his own fitness concerns.

Hamouma has been a key man for ASSE so far this season. The 27-year-old has featured 22 times in Ligue 1, scoring twice and contributing eight assists.

In his absence, the likes of Monnet-Paquet or Yohan Mollo may need to step up to the first team.