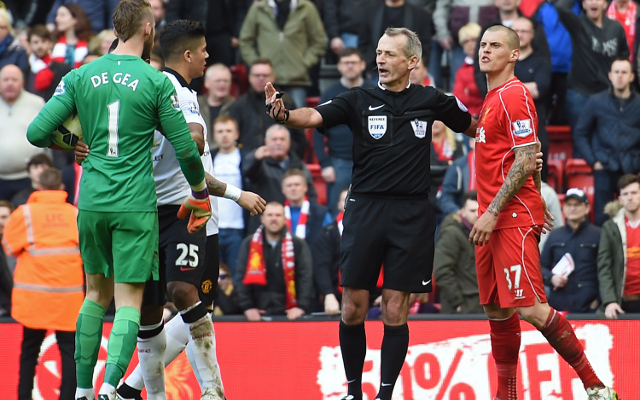 Martin Skrtel has been charged by the FA following an apparent stamp on goalkeeper David De Gea, in the fiery Premier League clash between Liverpool and Manchester United.

The defender could be handed a three-match ban, which would rule him out of the blockbuster clash with Arsenal after the international break.

The punishment will surely give Reds manager Brendan Rodgers a real selection headache for the fixtures the 30-year-old is likely to miss, given Skrtel has been a pivotal player, and leader, in his favoured back-three formation.

With Liverpool having grown accustomed to a back-three, Rodgers could opt to remain loyal to the formation, rather than switch to a back-four, with Kolo Toure, Emre Can, and Mamadou Sakho the chosen trio.

What a miss the Slovakian could be…