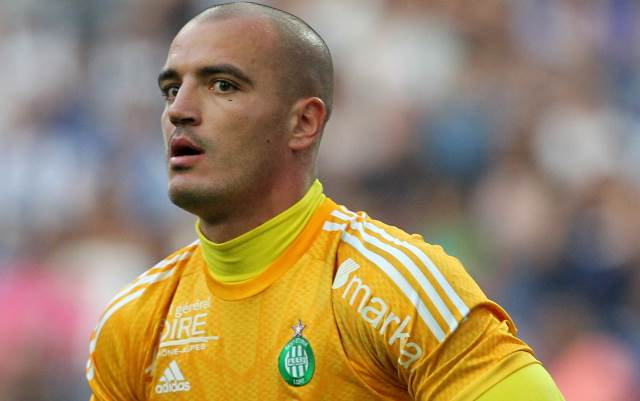 Saint-Etienne goalkeeper Jessy Moulin missed his side’s Ligue 1 victory over LOSC Lille as he continues his recovery from pneumonia.

The Stephanois were in rampant form against Lille on Sunday. They managed to secure a 2-0 victory in front of their delighted fans at the Stade Geoffrey Guichard, but it could have been more with the side looking confident and composed throughout the match.

The victory pushes ASSE even closer to securing qualification for the Europa League, and the Loire-based club will be looking to continue their fine run of form over the coming weeks.

However, they will have to do without the presence of goalkeeper Jessy Moulin for some time longer as Stephane Ruffier’s understudy continues his rehabilitation after going down with pneumonia.

The stopper has lost four kilos battling the illness according to L’Equipe, but is on the road to recovery having finally overcome the malady two weeks ago.

However, the keeper has been ordered to rest and it will be at least another ten days before he can think about returning to a football pitch.