Marouane Fellaini has strongly refuted suggestions that Manchester United have become a team that plays route one football.

United have certainly benefited from deploying the 6ft4 Belgian as a target man in recent months, a tactic which prompted West Ham United manager Sam Allardyce to label Louis van Gaal’s side as ‘Long Ball United’ following a 1-1 draw at Upton Park in February. 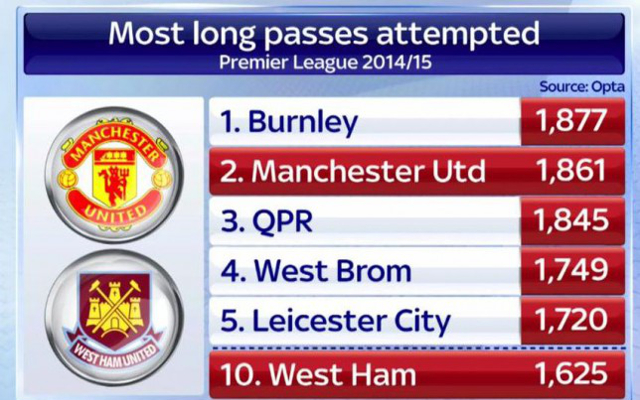 Sections of United fans have also voiced their concerns with the style of play over the course of the season, but is does appear with van Gaal playing Fellaini in a more advanced position is producing the goods.

He has played a big part in their back-to-back victories against Tottenham and Liverpool – displays that have been hailed as good as any others Man United have produced this season.

Those two wins have seen the Red Devils open up a five point gap to their closest rivals for Champions League qualification though the former Everton midfielder has denied claims that their style of play is based on his strengths.

“We play a beautiful football. We play forward, scoring, putting on pressure. There are great players around.”