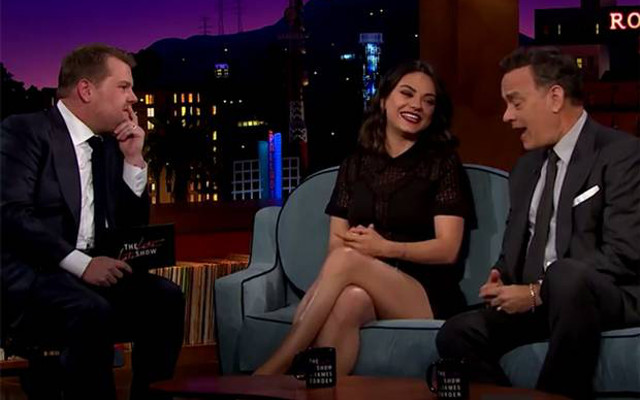 West Ham fan James Corden has made his debut as host of US TV programme the Late, Late Show.

The comedian has been seen as a success in his first episode, with guests Tom Hanks, Mila Kunis helping the ‘Gavin and Stacey’ star to make a great start in his new role.

One part of the show that hit home was a segment during which Corden acted out every single one of two time Oscar winner Hanks’ films in just eight minutes.

While things seems to be going well for the 36-year-old no doubt Corden will be hoping that his beloved Hammers start to improve soon.

Sam Allardyce’s side have gone in the opposite direction of Corden’s career, dropping closer to the bottom half of the table after a lightning start to the season had them dreaming of Europe.