The former Liverpool boss took the squad’s first training session on Tuesday and was pictured with a piece of paper that had the pair’s names circled. This could mean that they are going to play together in the Euro 2016 qualifier against Lithuania on Friday.

The 21-year-old is the Premier League’s joint top scorer this season with 19 goals. He scored his first hat-trick in the top flight on Saturday. It has been a brilliant breakthrough campaign for the striker, who barely featured last term.

There was some bad news from the training session as well, with Leighton Baines, Phil Jagielka, and James Milner all having to do recovery work rather than joining in. 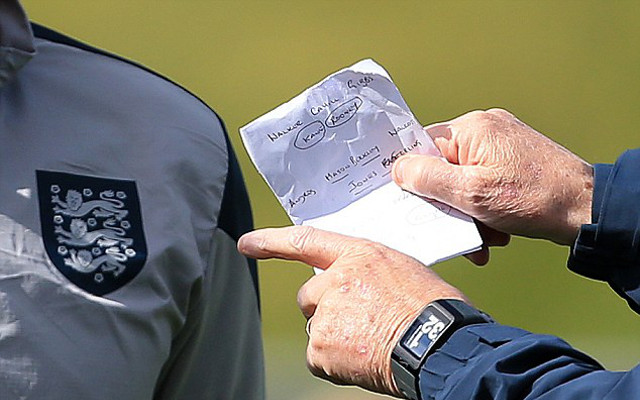