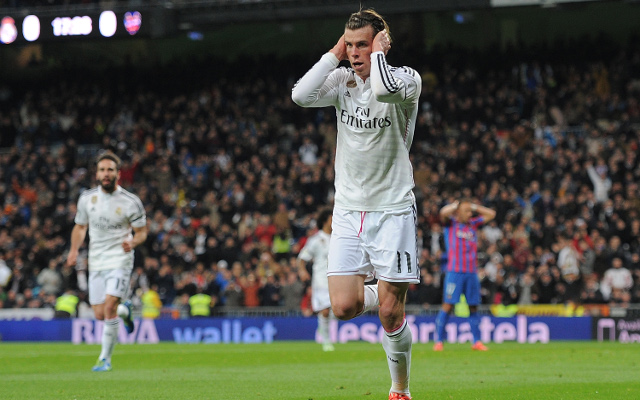 Real Madrid winger Gareth Bale is set to stay at the club beyond the summer despite being abused by his own fans on a weekly basis, according to Spanish expert Guilleme Balague.

Despite scoring the crucial goals in both the Champions League and Copa del Rey finals last season, a run of just two goals in his last nine and only five assists all season has led to fans questioning his ability. Bale’s celebration for his last La Liga goal didn’t help matters as he cupped both hands over his ears in front of the home fans, indicating that he wasn’t paying attention to their jeers.

However, the delicacy of the situation will not prompt a move and the former Spurs man is set to stay.

“I am convinced Bale will be at Real Madrid next season and unless everything gets turned around Ancelotti will not be there,” Balague said (via Sky Sports).

“Clearly it depends on results for Ancelotti but I am convinced Bale will stay in Madrid.”

For the good of football, it may be best for a player of Bale’s calibre to leave Real Madrid and, based on history, when the home fans turn on you in Spain it is time to plan a swift exit. Just what those fans want from him isn’t clear – one would think that scoring over 20 goals and grabbing the decisive goal which finally brought ‘La Decima’ would’ve been enough.

It seems as though if you are not Lionel Messi or Cristiano Ronaldo, every player is in danger of severing their relationship with the home supporters.