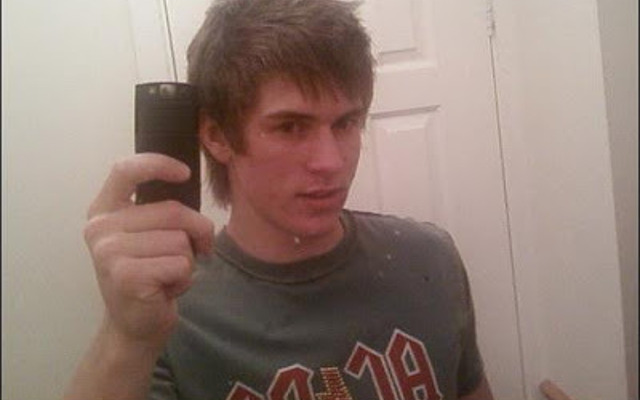 Most of us have suffered the embarrassment of an old Bebo or Myspace account resurfacing years after forgetting all about it – and this time it’s Arsenal star Aaron Ramsey‘s turn to suffer the shame.

West Ham United striker Andy Carroll‘s Bebo page was famously unearthed in 2012, and has been the source of laughter ever since. Ramsey has now joined the party!

The Wales international, posing in an ACDC t-shirt, hilariously described himself on his profile as ‘hard as nails’… Have a read below!

‘Hi, im aaron i play football for Wales and cardiff city. Im about 6 foot with brown hair and brown eyes, like to go out with my m8s and familly! I live in Caerphilly a little town by Cardiff so if ya wanna get 2 know me more add me on msn aaron_ramsey_8@hotmail.co.uk

‘Music i like alsorts of music but indie stands out for me and btw i dont like dance.

‘Happiest When with friends, familly. like it wen we go out n have a gd nite with al my m8.’