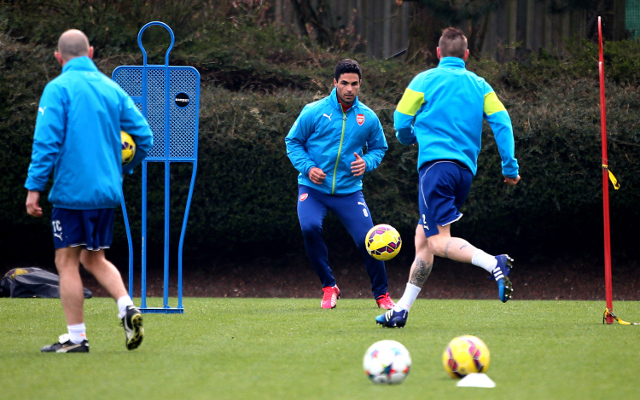 Arsenal have been given an excellent fitness boost, as Jack Wilshere, Mathieu Debuchy and Mikel Arteta all look set to make their comeback in the clash with Liverpool after the international break, the Daily Mail reports.

The trio have made a return to full-training following months in the recovery room, and provided there are no setbacks, Arsene Wenger should be able to name them in his side to face Brendan Rodgers’ Reds.

Wilshere has suffered another injury-plagued season, having been out for four months with an ankle injury, while captain Arteta has endured five months on the sidelines. Debuchy, meanwhile, has been nursing a dislocated shoulder since January.

With a top-four place still no certainty, Wenger will be delighted to have extra fire-power in his squad, particularly with huge fixtures against Chelsea and Manchester United, as well as Liverpool, coming up.