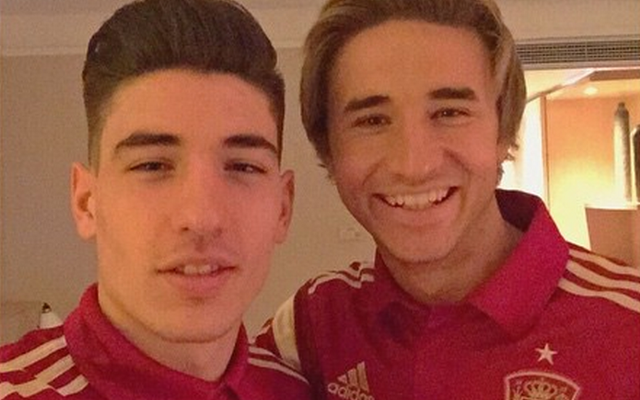 Hector Bellerin, who has been in fine form for Arsenal recently, is currently on international duty with Spain.

Earlier this week, he posted an Instagram snap with Barcelona starlet Sergi Samper.

Although he is considered a wonderkid, Samper’s name is fairly unknown in world football.

However, he has also been linked with a move to the Emirates Stadium this season, having been described as a pass master, and a ‘special‘ talent.

Maybe Bellerin has put in a good word? 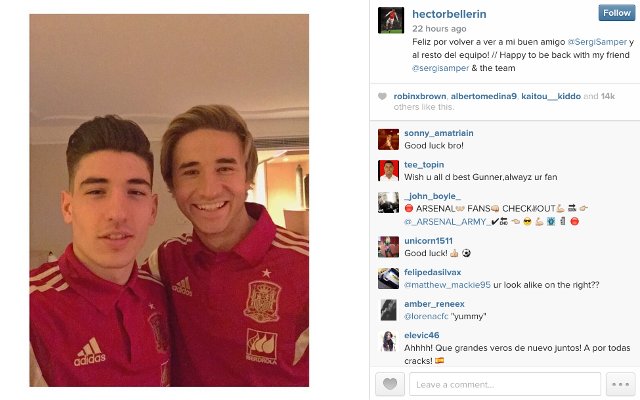 Samper has had his playing style likened to Andrea Pirlo, Xavi and Sergio Busquets – and the 20-year-old could be tempted to follow in the footsteps of his international team-mate, despite rejecting a move to Arsenal last summer.