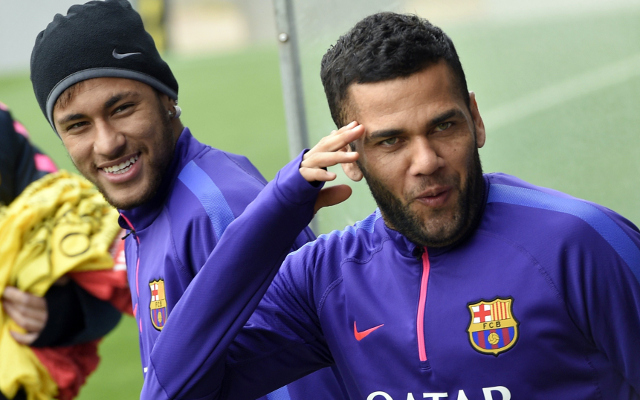 Barcelona are expecting seven clubs to make an offer for right-back Dani Alves, with the Brazilian’s contract due to expire in the summer, and no extension close to being signed.

Louis van Gaal is reportedly so intent on signing the full-back – that he will offer a stunning wage – AND a signing on bonus.

Alves looks certain to leave the Camp Nou in the summer, and seems to be in complete control of where his future lies with so many options in Europe to choose from.

However, at 31-years-old, the Brazil international’s best years are certainly behind him, and with the Red Devils also linked to Southampton right-back Nathaniel Clyne, a proven player in the Premier League, and an England international, the Old Trafford faithful would surely favour a move for the Saints star.