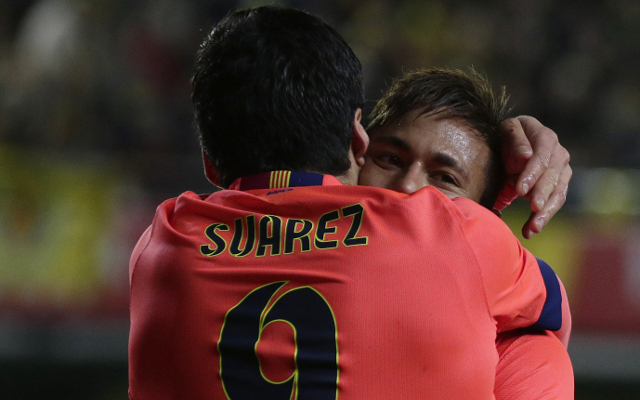 Barcelona star Luis Suarez has named which of his team-mates he believes can be a future Ballon d’Or winner – and the Uruguayan has backed Neymar to one day claim the coveted title.

The former Liverpool star has applauded the Brazilian’s performances: “He’s a very determined player and I’m convinced he’ll win a Ballon d’Or or two,” as quoted by The Sport Bible.

Neymar has come under criticism for opting to have a strike on goal in Sunday’s El Clasico, rather than pass to Suarez, who was better positioned. Suarez, however, believes his decision is forgivable, as selfish play is part and parcel of being a great striker: “After the run that Neymar went on, he had to go for it rather than pass. Strikers are selfish.”

The 28-year-old did not have the greatest of starts to his career at the Camp Nou, as he had to watch on from the sidelines for the first four months of his Barcelona career, after a dismal World Cup saw him banned from all football activity following a bite on Italy defender Giorgio Chiellini.

Nonetheless, the second-half of the season has provided signs that he is the perfect fit between superstars Messi and Neymar in a devastating front-three, and the winning goal against rivals Real Madrid at the weekend has made him a hugely popular figure among the Barca faithful.

Video: Messi finishes Juventus off from the penalty spot after great play from Ansu Fati to draw the foul October 28, 2020 21:55
Champions League