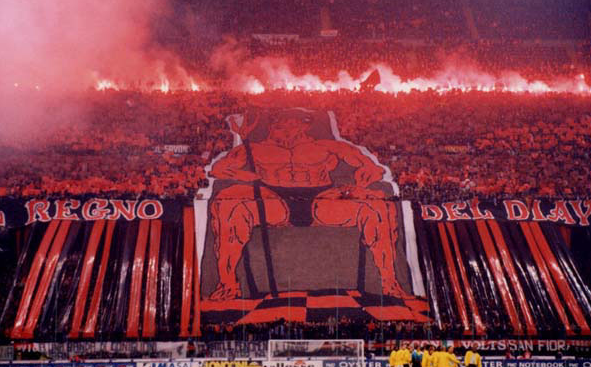 AC Milan’s ultras, who famously occupy the Curva Sud in the San Siro, have gone on strike and warned they will not return until they are granted a meeting with either Silvio or Barbara Berlusconi.

Milan are currently 10th in Serie A, and are facing a second consecutive season without European football. In the tie with Calgari at the weekend the famous stand was empty except for a single banner that read “Game Over. Insert coin to save Milan.”

“We sent a message and expect a response. We want a reply before Milan vs Sampdoria or the protests will not stop.” said Ultras leader Giancarlo ‘Barone’ Capelli.

That game is scheduled for 12th April.